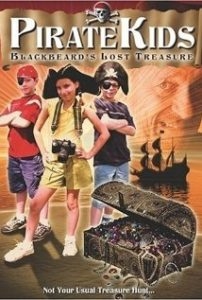 Family action and adventure. While visiting his grandmother on the coast of North Carolina, a young boy discovers a map and several clues which lead him and his two friends on a quest for buried treasure. But the kids aren't the only ones after the loot. Director: David Rotan. Writers: Aaron Rotan, David Rotan. Stars: Trey Brown, Evan Tilson Stroud and Rachel Lechler. Local Filming Locations: Caswell Beach and Downtown Southport.

Is this your listing?