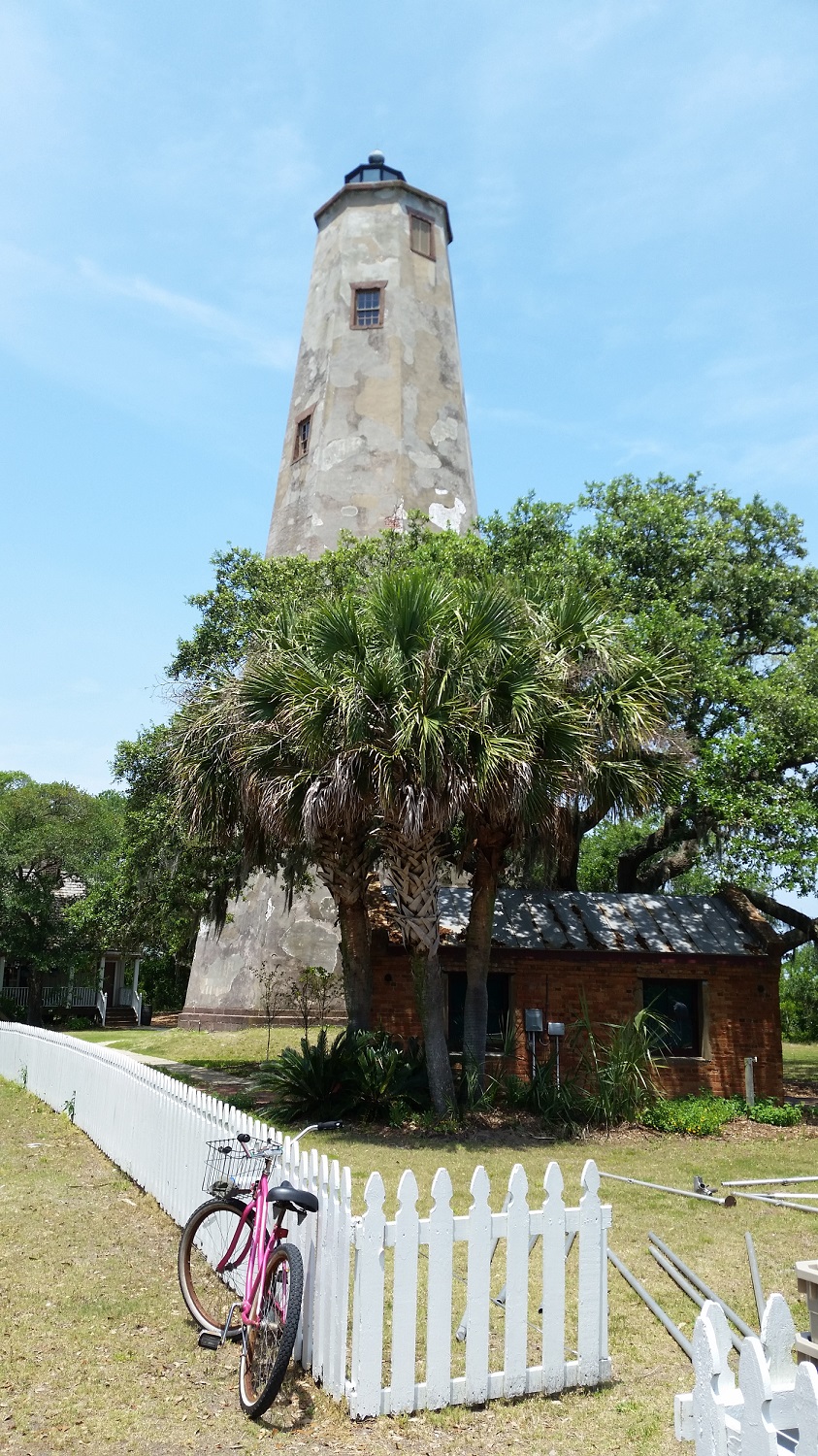 Old Baldy is the oldest standing lighthouse in North Carolina. It has maintained its original form and location for over 187 years. The most important purpose of Old Baldy was to mark the Cape Fear River entrance for the maritime sailors. It was never intended as a light for Frying Pan Shoals. Old Baldy was built in 1817 of soft red bricks covered with stucco. In the early days the lighthouse keeper would white wash Old Baldy every two years. When Old Baldy was deactivated in 1935 the lighthouse was abandoned. The white wash protected the stucco. When it was discontinued large pieces of the stucco began to fall off the lighthouse. Occasionally someone would come along and patch the lighthouse with new stucco; however, they did not use the same stucco as was used in 1817. Today Old Baldy looks like a patch work quilt of different stuccos. In 1817 Old Baldy was completely white. 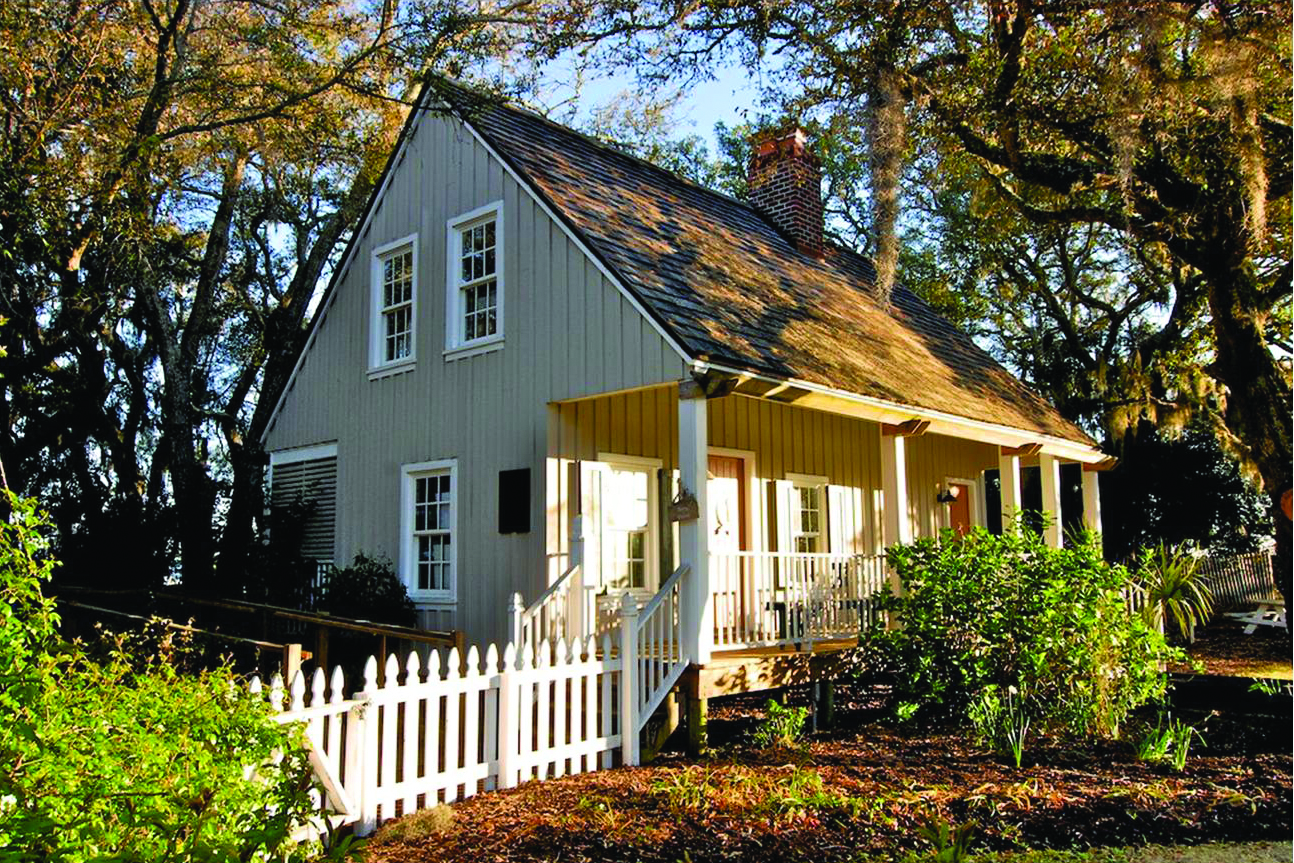 Stop in the Keeper's Cottage (Smith Island Museum) purchase a gift item and your admission sticker, which will let you climb all day until closing. Then get ready to climb the 108 steps with 5 landings and a ship's ladder into the lanthrn room at the top. After your climb, don't forget to peak in the Oil House, which was built to hold the kerosene oil that fueled the beacon light.

Operation Hours Vary throughout the Year.

The Bald Head Island Historical Tour is a two-hour, comprehensive, island-wide experience aboard a golf cart. Your trained guide will drive across the island while discussing four centuries of Bald Head Island's history. Themes include piracy, colonization, the U.S. Lighthouse Service, U.S. Life-Saving Service, and development of Bald Head into an island resort. Your Bald Head Island Tour ticket includes admission into the Smith Island Museum of History, admission to climb Old Baldy Lighthouse, and a 10% discount in the Old Baldy Foundation gift shop. Reservations are required, space is limited. Call/Text 910-448-1472 for inquires.